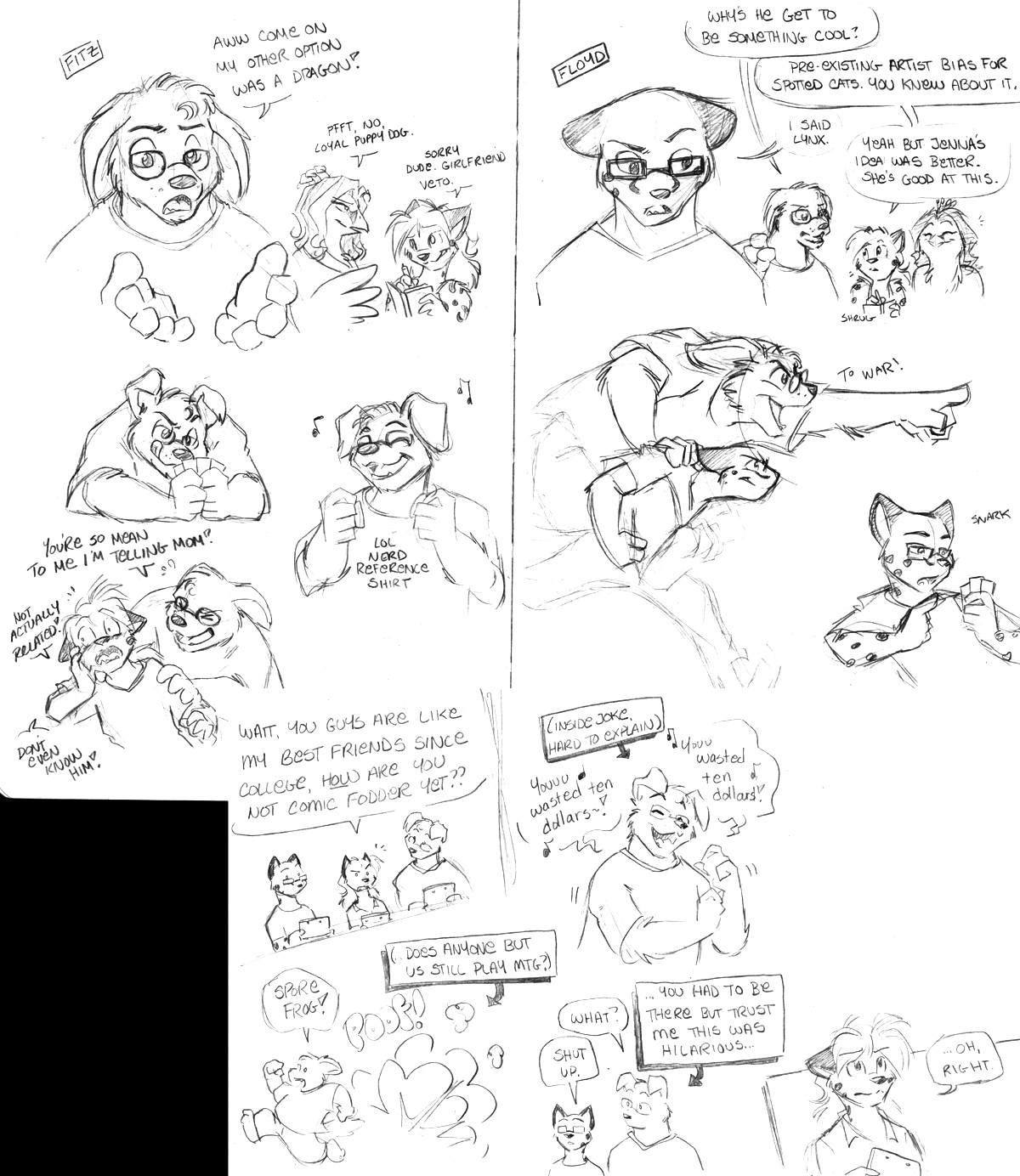 Figuring out character ideas for my friends Fitz n Floyd. You’ve seen them, and Jenna, occasionally in background or non-speaking roles, but surprisingly, never as the punchline! I’ve known these guys for more than a decade, it’s hard to derive good comic material from laughs that are peppered with inside jokes.

That said – on Fitz’s side, the joke about him threatening to tell Mom, is because people assumed we were siblings in undergrad – we’re both redheaded. First he used it to embarrass me, then we just started going along with it, and nowadays even my parents treat him like part of the family.